This weekend started out great.  My son, Casey, took the boat out and caught a really nice yellow fin tuna (ahi as we call it in Hawai’i).  It was over 100 pounds gutted and gilled.

He cleaned it, and cut it up.  Most was given away to his friends.  We saved some to make ahi poke, which is raw fish cut up in chunks with onions, seaweed, kukui nut, and seasonings.  Poke is a very popular dish in Hawai’i, and people make it all kinds of way with all kinds of seafood.  My husband, however, makes the best ahi poke around.  We also cut some up in long strips and have it marinating in teriyaki sauce.  We will be drying it soon.

Friday night, we had some sashimi, which is raw tuna cut in thin slices.  It was so delicious.  Then last night we had some of the poke and fried ahi belly.  We coated the fish in a light mochiko flour and seasoned with just salt and pepper before frying.

All our plans for the farm this weekend were pretty much nixed as it rained … a lot.  Today the rain was particularly heavy with some ponding around the farm.   But over the past week,  seven more ducks were born.

They’re just the cutest!  The all yellow ones will be white when they grow up, but we’ll have to wait to see what the others ones will look like as they grow.  You can’t tell from this picture but the mama is crested.  None of her babies, however, have a crested head.  We’ve moved our pen and really secured it, so hopefully we will not have any issues with mongoose or rats taking the babies.

The pineapples are growing fast.  We should have a bunch of ripe pineapple in the coming months!

The avocado trees are loaded.  The longer you look, the more you’ll see.

New pumpkins.  We bought an heirloom pumpkin at the farmer’s market.  We planted some of it’s seeds and it’s growing nicely.  We’re not sure what type of pumpkin it is, but we did like the flavor, and are happy it’s growing so well.

Pipinola.  We have this growing on an old fence next to our heirloom pumpkins.  There are quite a few on the vine.

Some updates regarding the volcano.  It’s still quite active on the southeast side of the island.  More homes have been lost, and the flow has become more active. I wanted to update the pictures that I took last week.  Living on an island with an active volcano, means we have vog quite a bit.  A few days last week were particularly bad.  However, a few days later with lessened activity and more active tradewinds, and it cleared.  It will wane back and forth over this particularly active time, but it was nice to have some clear skies, even for just a few days. 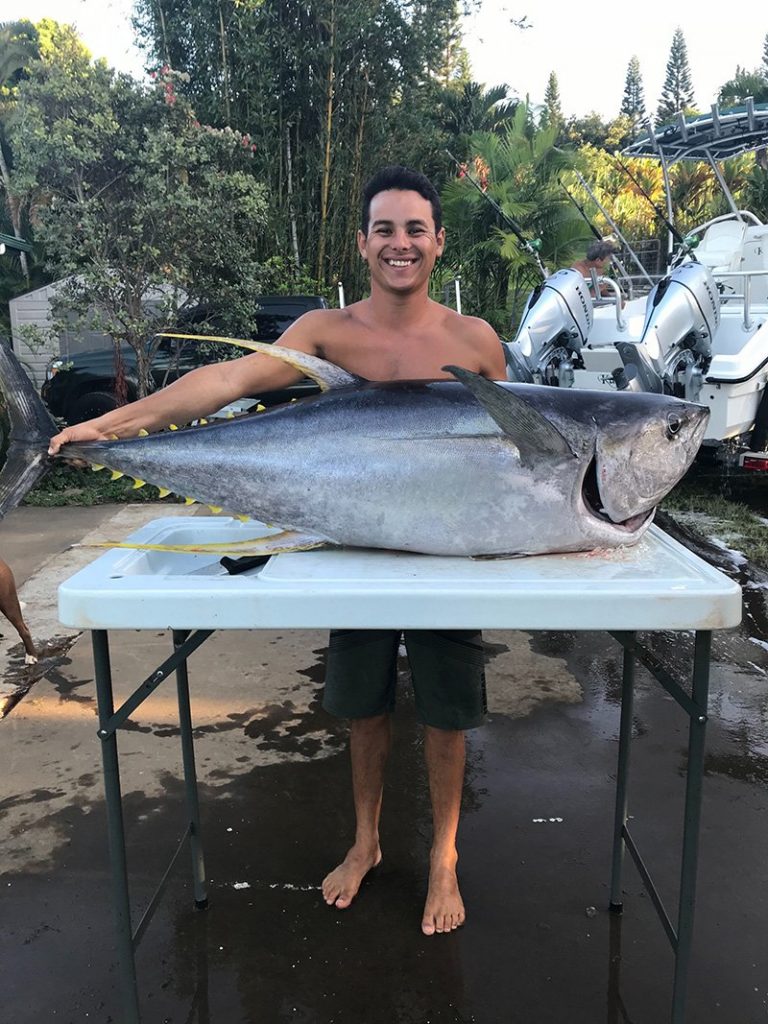